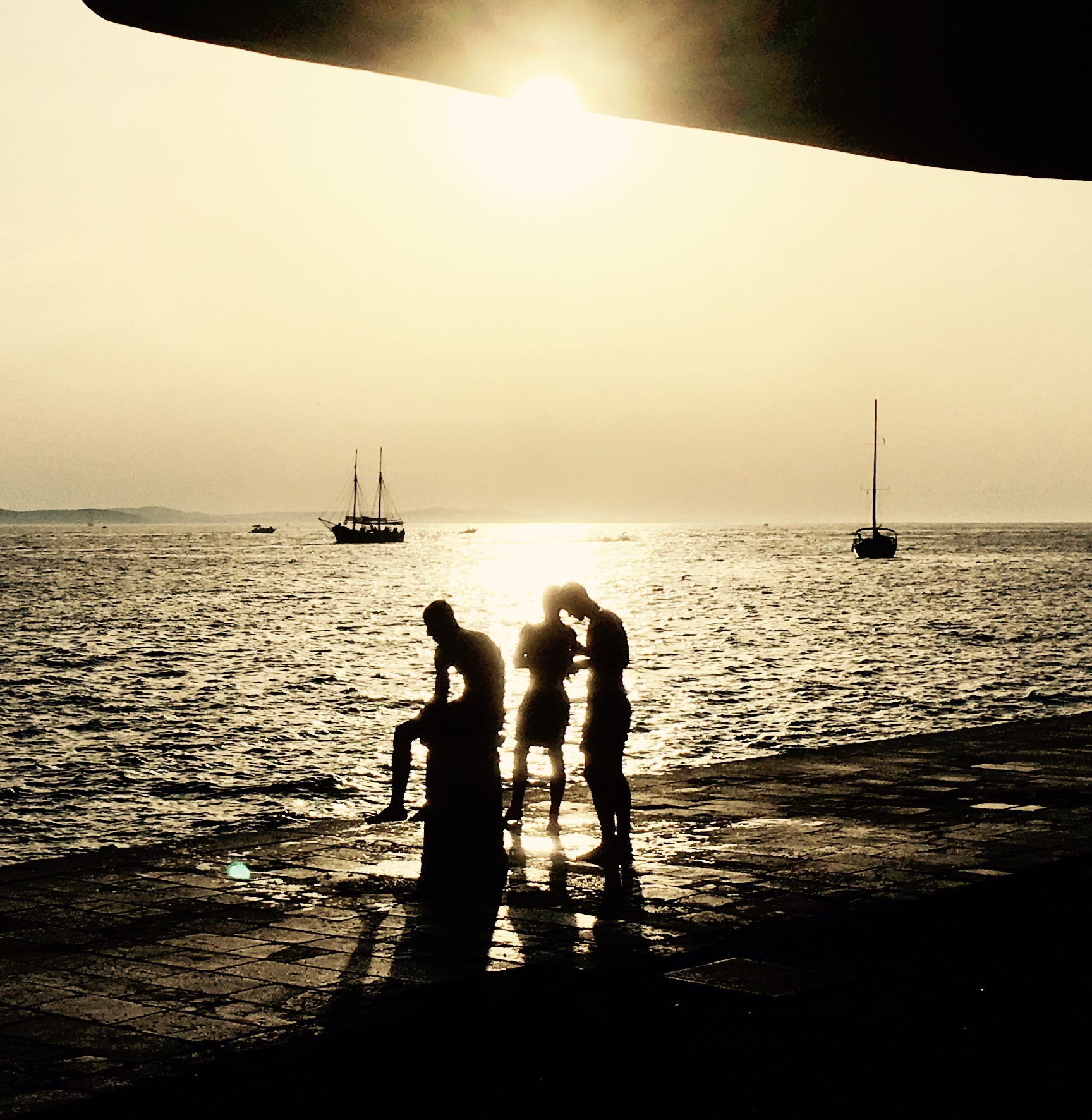 Welcome to the city of Zadar, the information site welcomes you with a heart – and so does everybody else in Zadar. This is a city of exceptional history and rich cultural heritage, and today also a city of tourism.

The particularity of the city is irresistible for those who respect and admire historical monuments and cultural heritage, artists, tourists and its citizens. Zadar is a city monument, surrounded by historical ramparts, a treasury of the archaeological and monumental riches of ancient and medieval times, renaissance and many contemporary architectural achievements such as the first sea organs in the world.

Zadar is a city where huge spaces are left for pedestrians. Using your guidebook, your walk along the cobblestone streets of the city will become a walk through history, and also an experience of the contemporary life of the city. When tired, do try to take a break in one of the cosy restaurants, pastry shops or coffee shops that you will find in the city. Enjoy listening to the concerts, visit the theatre, museums, and exhibitions – and be aware of the storms coming in occasionally. 🙂

Zadar is an ancient city, built in the center of the Croatian Adriatic, full of historical and cultural monuments. It is three thousand years old, a city of old, tumultuous and dynamic history, often destructed, looted, devastated, every time emerging from the ruins stronger, richer and more beautiful. Zadar appeared for the first time in history in the 4th century B.C. as a settlement of the Illyrian tribe of Liburnians – the name Jader was mentioned, and through history it changed into Idassa (Greek source), Jadera (Roman source), Diadora, Zara (during Venetian rule and later Italian) up to today’s name of Zadar.

After the year 59 B.C. Zadar became a Roman municipium, and in 48 B.C. a colony of Roman citizens. During Roman rule Zadar acquired the characteristics of a city with a regular road network, a main square – forum, and next to it an elevated capitolium with a temple. In the 7th century Zadar became the center (capital) of the Byzantine theme (province) of Dalmatia. At the beginning of the 9th century Zadar was mentioned as seat of bishop Donatus and the Byzantine leader Paulus.

At the time a church was erected on the Roman forum, the church of the Holy Trinity, today St. Donat, for which it can be said to be the symbol of the city. Larger settling of Croats in Zadar was marked in the 10th century. The foundations of the Romanesque church of St. Mary, the church of St. Grisogone and the cathedral of St Anastasia have been preserved from that period.

In 1202 the city was conquered and burned by the Crusaders and Venetians. The first Gothic churches in Dalmatia, St. Francis and St. Dominic, were built after that time, and the gold-plated silver sarcophagus of St. Simeon must be distinguished among the treasures of the period. The 15th and 16th centuries are characterized by significant activities of Croatian writers who wrote in the national Croatian language (Petar Zoranić, Brne Krnarutić, Šime Budinić, Jerolim Vidulić)

Above: People are relaxing and watching the beautiful sunset, listening to the Sea Organ situated on the western end of Zadar´s Riva, this can be observed as a differently shaped part of the coast which consists of several stairs that descend into the sea. At the same spot you will find The Greeting to the Sun made by the same architect Nikola Bašić.

The Greeting to the Sun consists of three hundred multi-layered glass plates placed on the same level with the stone-paved waterfront in the shape of a 22-meter diameter circle. Under the glass conduction plates there are photo-voltage solar modules through which symbolic communication with nature is made, with the aim to communicate with light, just like the Sea Organs do with sound.

And I must admit it – I simply loved the atmosphere here, it was something uniq – if love is in the air somewhere in the world – it is right here at sunset time.

Here you can read about Hvar next to the island Brač, and here about Dubrovnik, Zadar, Trogir and KRKA. If you wan´t to read more about Croatia and Korcula, our favorite island, where you also can rent our beautiful apartment The Green Pearl, then please click right here. If you want to read about other travels around the world, click here, and to follow this blog, click FOLLOW up to the right.