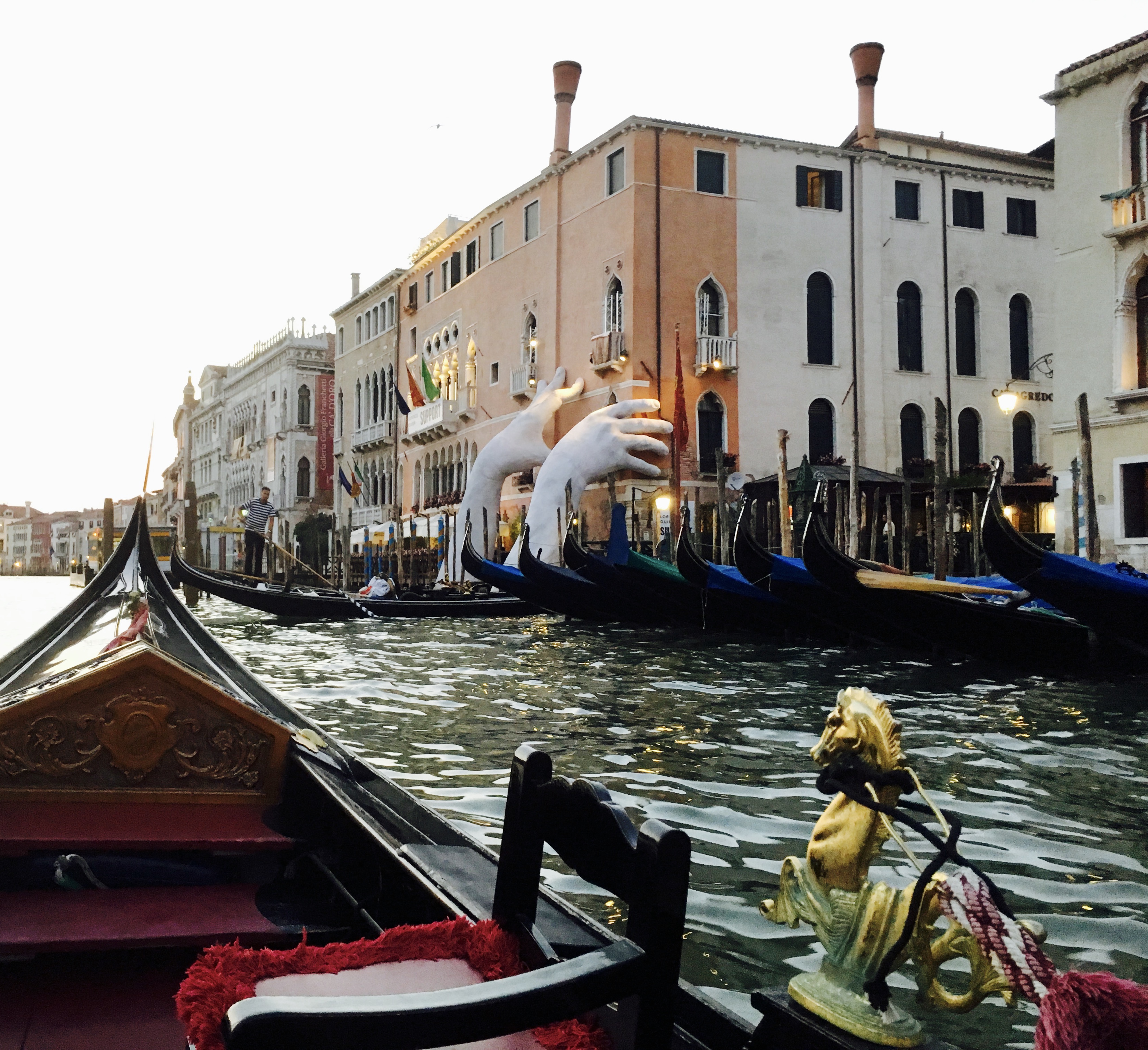 Have you ever dreamed of going to Venice? Do so, but do it with the one you love. Going there with a friend, especially one of the opposite sex, will only frustrate you. Believe me on this one. 😉

Venice or Venezia in Italian, is a city in northeastern Italy and the capital of the Veneto region. It is situated across a group of 118 small islands that are separated by canals and linked by bridges, yes, the city has 400 bridges, and believe me – it is simply wonderful:-)

The islands are located in the shallow Venetian Lagoon, an enclosed bay that lies between the mouths of the Po and the Piave Rivers. Parts of Venice are renowned for the beauty of their settings, their architecture, and artwork, and the lagoon and a part of the city are listed as a World Heritage Site.

And after being there, I am truly amazed about the fact that someone actually decided to build something so fantastic out there in the lagoon – it is a power center by all it means.

In 2014, 264,579 people resided in Comune di Venezia, of whom around 55,000 live in the historic city of Venice (Centro storico). Together with Padua and Treviso, the city is included in the Padua-Treviso-Venice Metropolitan Area, in short: PATREVE, with a total population of 2.6 million. PATREVE is a statistical metropolitan area without any degree of autonomy.

The city of many names. The name Venizia is derived from the ancient Veneti people, who inhabited the region by the 10th century BC. The city was historically the capital of the Republic of Venice. Venice has also been known as the “La Dominante,” “Serenissima,” “Queen of the Adriatic,” “City of Water,” “City of Masks,” “City of Bridges,” “The Floating City,” and of course “City of Canals.”

The Republic of Venice was a major financial and maritime power during the Middle Ages and Renaissance, and a staging area for the Crusades and the Battle of Lepanto, as well as a very important center of commerce (especially silk, grain, and spice) and art in the 13th century up to the end of the 17th century. The City State of Venice is considered to have been the first real international financial center which gradually emerged from the 9th century to its peak in the 14th century. This made Venice a wealthy city throughout most of its history – and believe me – it shows!

Venice is also known for its several important artistic movements, especially the Renaissance period. After the Napoleonic Wars and the Congress of Vienna, the Republic was annexed by the Austrian Empire, until it became part of the Kingdom of Italy in 1866, following a referendum held as a result of the Third Italian War of Independence. Venice has played an important role in the history of symphonic and operatic music, and it is the birthplace of Antonio Vivaldi.

In 2016 Venice was ranked the most beautiful city in the world and it is well deserved. The city is facing some major challenges however, including financial difficulties, erosion, subsidence and an excessive number of tourists in peak periods, and in my opinion, the rising ocean.

Venice – the City of Water, City of Masks, City of Bridges, The Floating City, and City of Canals. Go with somebody you love! Just saying! 🙂

Shortly about me – I am a traveller and I have experienced a lot of beautiful places in the world. You can read about my travels and more, right here. And my journey continues with travels around the world, meeting exciting people and wonderful places – so please join this blog if you like, by clicking the FOLLOW icon on the right.

Latest about Croatia; here you can read about Hvar next to the island Brač, and Trogir and Zadar, and lovely KRKA, a must go place on earth, not to mention Rovinj, another fantastic place for lovers to visit. If you wan´t to read more about Croatia and Korcula, my favorite island, then please click right here.

Support my Blog – buy me a cup of coffee