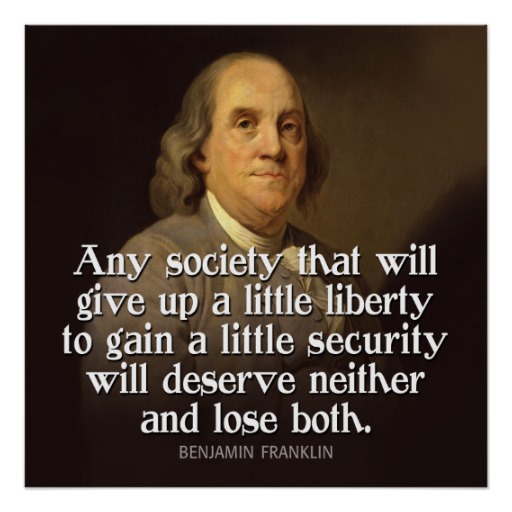 There is a war going on! Tyranni, dictatorship, greed, coercion and censorship against knowledge, freedom and humanity! The great body of evidence (comparative research studies and high-quality pieces of evidence and reporting judged to be relevant to this analysis) shows that COVID-19 lockdowns, shelter-in-place policies, masks, school closures, and mask mandates have failed in their purpose of curbing transmission or reducing deaths. These restrictive policies were ineffective and devastating failures, causing immense harm especially to the poorer and vulnerable within societies.

Nearly all governments have attempted compulsory measures to control the virus, but no government can claim success. The research indicates that mask mandates, lockdowns, and school closures have had no discernible impact of virus trajectories.

Bendavid reported “in the framework of this analysis, there is no evidence that more restrictive nonpharmaceutical interventions (‘lockdowns’) contributed substantially to bending the curve of new cases in England, France, Germany, Iran, Italy, the Netherlands, Spain, or the United States in early 2020.” We’ve known this for a very long time now but governments continue to double down, causing misery upon people with ramifications that will likely take decades or more to repair. Please read the full article with documentation here – and share it!

There is a war going on – tyranni, dictatorship, greed, coercion and censorship against knowledge, freedom and humanity! The governments and the media (and the so called “fact-checkers”) that is owned by and work for the pharmaceutical industry has introduced segregation and imprisoned us all. They have created fear, hatred and division in the people, and prevented us from developing our own natural immune system which is free, and which by the way – actually works. This is a crime against humanity.

We – the people – know that the vaccine against covid is the world’s largest experiment in which new genetic technology and content are tested directly on humans – we also know that the vaccine destroys people’s own immune system and has led to an extremely large number of injuries and deaths in humans. Forcing people to repeatedly take these dangerous injections is a serious crime against humanity and mass murder.

In other words – we – the people – know that this is not about health at all – this is about the pharmaceutical industry owned by the world’s most powerful mens desire to control the world’s population by declaring our natural immune system for dead and buried – and thereby taking over its role and enslave us.

But our natural immune system has protected us as long as we have ever existed – it is not dead – and people that uses common sense in these times of crisis – will make sure that it´s still alive and kicking!

I think the former, even with its grotesque abuse of power for two years now – all the disinformation, fear propaganda and all the lies they have fed the people – has underestimated the power of a united people made up of vigilant people who think clearly and critically – and act by this!

The pharmaceutical industry, the government and the media have increased their abuse of power and their propaganda the last year in line with the growing opposition, but while the authorities and the media completely have lost their credibility – the people’s protests have increased in strength.

Millions of people demonstrate weekly all over the world and more and more people take part in the demonstrations – enough is enough! All people, Christians, Muslims, Buddhists, people of different skin color, different political views and with different professions, vaccinated and unvaccinated – are now united against tyranny and dictatorship.

We are now taking our lives back completely, and we outrange you (the elite) in number and we increase in strength with each passing day.

We will boycott any store, restaurant or country that introduces segregation, exclusion and discrimination of people based on skin color, religion and health status.

All lives matter! We stand united for love and peace, and for the use of common sense and for the wellbeing of our natural immunsystem – and most importantly – for our freedom, future and lives!

There is a war going on – tyranni, dictatorship, greed, coercion and censorship against knowledge, freedom and humanity! The war between the pharmaceutical industry and the authorities – and the people, will escalate in 2022 with a peak in April. The world’s elites will never be able to win over a united world’s population, if they do not use weapons, bombs and gas.

We must never forget, it is cynical power figures and authorities who over time have led people into war, suffering and despair, who have conquered and dictated and abused people through the ages. When this is over, some people who have promoted this grotesque dictatorship will be trying to hide and crawl back into their caves where they belong.

The mainstream media, which completely lacks honor, integrity and credibility, will try to undermine its disgraceful role in this circus by deleting their bizarre propaganda articles. Their editors should be taken to court, first and foremost by taking part in crime, and second trying to cover up their part in war against humanity. New neutral, objective media with independent and critically investigative journalism will emerge.

Many will be brought to justice. The trials has already begun. Gates, Fauci, and Daszak is charged with Genocide in Court Filing. In a stunning 46-page legal filing to the International Criminal Court on December 6, an intrepid attorney and seven applicants accused Anthony Fauci, Peter Daszak, Melinda Gates, William Gates III, and twelve others of numerous violations of the Nuremberg Code. These included various crimes against humanity and war crimes as defined by the Rome Statutes, Articles 6, 7, 8, 15, 21, and 53. There are several more trials on the board at this moment.

There was a time we said; never again. Never again is now. We will – unfortunately, for those of us who have not learned from history – experience the Nuremberg trials once more. But when this is over, I believe and hope that the people of the world are more united in love, hope and mutual respect for each other than ever before.

We will win this war – cause this is the war between humanity against tyranny, dictatorship and greed. Your task is to choose side for both you and your children’s future. If you choose freedom, then you need to do this by participating in the demonstrations – this also includes saying a loud no to the measures the authorities impose on us and which are only destructive. And please speak up against those who promotes vaccine coercion, tyranny and segregation and that are trying to take your freedom away. Don´t let them!

Shortly about me/this blog – I am an artist, an author, a journalist, a sommelier, and traveller that have experienced a lot of beautiful places all over our amazing world. With that, I have been writing articles for several magazines. You can read about my travels here and my books and art right here.

Please join this blog if you like, by clicking the FOLLOW icon on the right. Do you wan´t to add me up at YouTube, Instagram, Linkedin, Twitter or Facebook, or see my art or buy my books or wine courses – please do so. Thank you, and have a beautiful day with a lot of love and laughter. 🙂

And please do remember; live by love and joy, then the world becomes a better place to be for all of us.