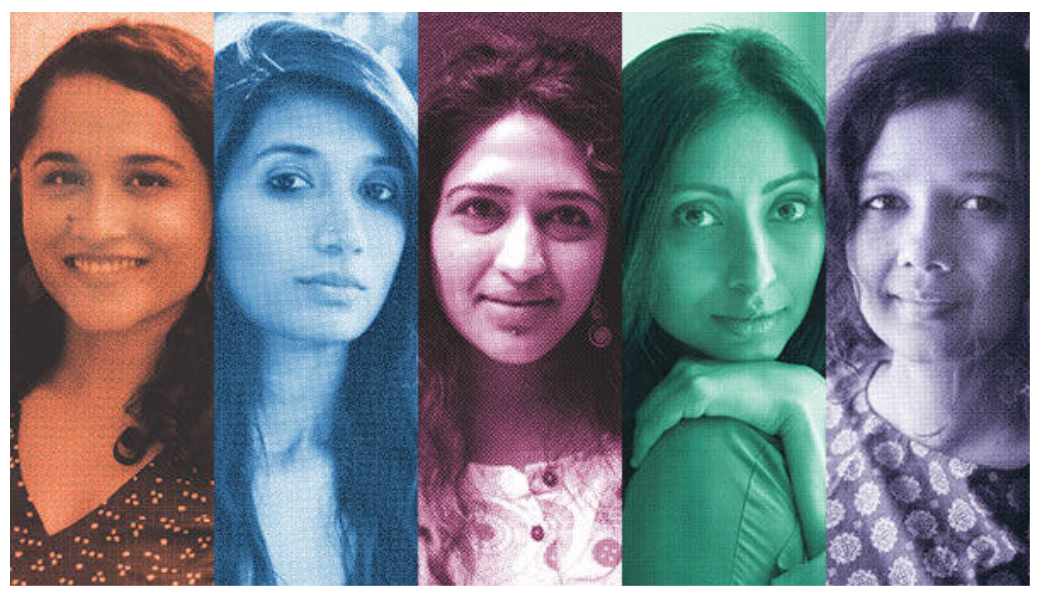 By Somak Ghoshal. It may seem superfluous to fuss about literary fiction and its fate in the fractious political climate Indians are living in, but the genre has, since its inception, held a mirror to social change, capturing truths that slip through the cracks of hardwired non-fiction. This year, in particular, has witnessed the triumph of women debut novelists. A series of powerful books by them have disrupted the familiar landscape of English-language publishing in India, usually filled with established names and stars.

Thematically daring, crafted with precision and forging distinctive linguistic registers, these books help us experience our political and social realities more keenly. They also capture the collective desires and despairs that complicate our engagement with the India we are living in at the moment.

The most remarkable among these fresh voices is the Bengaluru-born Madhuri Vijay, whose first novel, The Far Field, won the JCB Prize for Literature 2019, India’s richest literary prize, and featured on other shortlists. Moving between Bengaluru and Jammu and Kashmir, the novel feels poignant, especially in light of the turmoil that has been unleashed since the Centre effectively revoked Article 370 of the Constitution in August.

The Far Field, as Vijay told Lounge earlier this year, “began from a kernel of rage” against the injustice inflicted by the Indian state on generations of Kashmiris. But the political thrust of the narrative is offset by strong characters. People whose inner lives are scarred and unmoored come vividly alive in her luminous prose. An alumnus of the Iowa Writers’ Workshop in the US, Vijay says her publishing experience as a first-time writer was largely positive, “with a few exceptions”.

Again – what´s not to love? This article is written by Somak Ghoshal, and you might wan´t to read the rest of it here, so that you´re not missing out the possibility of getting to know some of the other fresh, female voices from India.

My author’s cabinet. I’m a author, blogger and journalist from Norway. I had my first article in the newspaper at the age of 13, it was about my desire for a better management of the bear and wolf population in Norway. I have since then written articles for several magazines and newspapers, and I also write about travel, restaurants, wine, film- and books, as well as politics, business and self-development on my blog.

But books are my true passion. I swallowed tons of books and cartoons as a little girl and took an early decision to become a writer, but even though my first novel was completed in 1994 – 12 years disappeared in a lot of other fun stuff, including some years in Australia where I worked on a horseranch with 78 horses including my own, crazy Percy that nobody except me could ride, and cattle farm where I was doing a lot of fencing in the “out back” together with a 80 year old man and a dog at the same age – before my first novel came out in 2006.

The Thuth about Lotte-Marie, my first book, sold over 6,000 books in 1st edition. Later I wrote four other books, but it was not before Autumn 2016 that I really took ownership of the authorship of mine – and actually did something about it other than just write and get the books out there.

Today I write books almost full time. In 2017 I started Feather Book Publishing because I want to help others, and I’ve also opened up my blog for other authors so that they can introduce themselves and their books, because, as we know, the Norwegian media is doing a poor job bringing out the diversity and new talents in the art- and literature world.

My blog is therefore today a lot about books, travels and wine. I have been blogging since 2010, and startet a brand new blog in 2015 with figures between 5-9.000 readers a day the first week, so my blog are usually to be found on the blog top in Norway. You can read about my travels right here.

Please join this blog if you like, by clicking the FOLLOW icon on the right. Do you wan´t to add me up at YouTube, Instagram, Linkedin, Twitter or Facebook, or buy my books or wine courses – please do so. Thank you, and have a beautiful day with a lot of love and laughter! 🙂

And please do remember; live by love and joy, then the world becomes a better place to be for all of us. 🙂