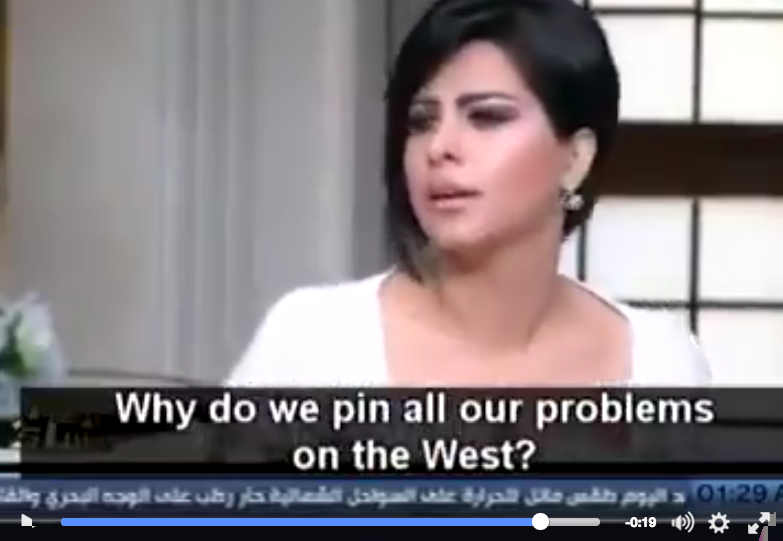 A woman on Arab TV dropped some truth bombs in this clip – of course it had to be a woman, because men are not brave enough. That´s just how it is. Men have been hiding behind religion, laws and rules that men have created over thousands of years to protect themselves against human intelligence and common sense, not to mention to protect themselves from women who in many respects – is the man totally superior.

Women create life – men kills and destroys. The truth is that it`s generally men who are the root of all evil. We put the blame on religion, power and money, but behind this we find men – not women! It is men, not women – that oppress and mistreat children and women. It is men, not women – who produce weapons and chemicals that not only will kill us, the human beings, but will destroy our whole world. It is men that start wars and destroy our planet in pursuit of profit and power, who steal water resources and produces lethal food in pursuit of money. Not women.

Let´s face it! It is men, not women – who are the destructive force on earth. Women, on the other hand – is the life giving force! So who will it be wise to start listen to? I am just asking!

So please listen to what this brave woman says. I unfortunately do not know her name, but I know one thing, self-knowledge and courage to tell the truth is a gift few people have. She has that gift.