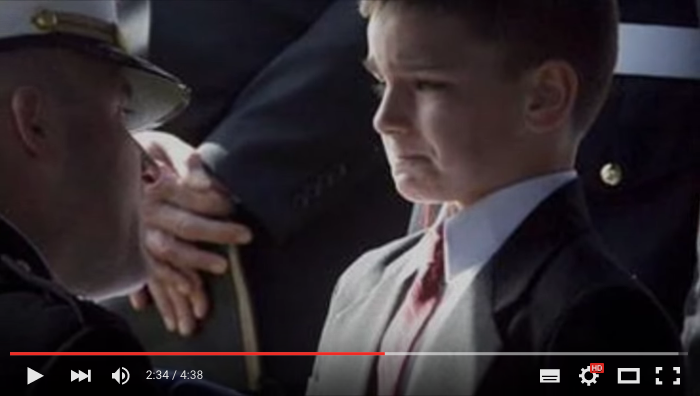 We need to stop war NOW!! There is a reason why Europe in 2015 was overflowing with refugees. And this will continue as long as there is war going on. But for how long will we fight wars – and for what do we fight? Who creates wars? Who benefits from them? Who will lose their lives in them?

When will we become a civilized world?

I recommend you all to see this speech from Mike Prysner, a war veteran in USA. Listen to what he is telling us about the war against Iraq – and the universal message he is bringing.

The weapons is useless if nobody uses them. We need to wake up and realize that our real enemy is not in some distant land, our enemies is not people with names we don´t know. The enemies is people we know very well and can identify. The enemy is a system that think war is profitable, the enemy is the bank system, the insurance companies. The enemy is not five thousands of miles away – they are right here at home. If organized, and to fight with our sisters and brothers, we can stops this war, we can stop this government and make the world a better place!”

Please spread this video – we need to stop war now! The enemy is not, like Mr. Prysner is saying – people with names we don´t know in other countries. Again: for how long will we fight wars – and for what do we fight? Who creates wars? Who benefits from them? Who will lose their lives in them? When will we become a civilized world?

The true enemy is the people sending us to war to kill and to be killed, only to make rich people and countries richer.

It is time we begin to build a new world where we put money, power and religions behind us and instead use the power that`s within us all and gather toward something that is more important – namely love, respect and equality for all human beings!

We need to change focus and become a unit where the good rises against dark forces to protect the weakest around us over the entire world – and that is women and children, the sick and the poor.

My dream for the future is that soldiers will listen to Mike Prysner and refuse to go to war for corrupt and rich men, and greedy countries. The fact my country Norway is making a lot of money in the war industry makes me both mad and sad. You can read about it here. By doing this, we are a country with no glory. We create tears, destruction and death for other people to make money for ourselves. The arm-industry should be set to something more constructive and useful.

Why should we sacrifice life for systems and greed? The reality is that wars is to profitable for a small amount of people and some countries – therefore they will never stop. But again, the weapons is useless if nobody uses them, so please, soldiers – put them down, and the war fire will die out by itself.

My hope is that soldiers, boys and men, in the future units over the whole world and use their masculine power to go to war against dark forces in humanity instead – mainly to protect and stop violence against women and children all over the world.

My dream for the future is that we all together stop killing and destroying, and instead collect our strong human force to fight against corrupt systems, greed and environmental degradation. We simply can not continue the destructive track that we have made, nor for the environment and nature, nor for human beings. We have to make a new track.

I hope and believe that in future we can live side by side in peace, with love and respect as basic values across race and gender – and with that finally become a civilized world.

But to achieve this, we must all take a stand right now and fight for the future that we want. We must begin with ourselves and see what`s really worth fighting for and what`s not. Mike Prysner said it clearly – please listen to him, say no to war as we know it today and start the fight for a better society and world for us all.

And in this war, love is the ammunition – spread it.

Also read The mass attacks on women is violations on human rights, about Muslim mens cruelty against women and children, and How children react to the subject of violence against women.