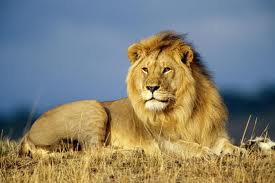 About this Petition. On July 1, Cecil the lion, one of the most famous animals in one of Zimbabwe’s national parks, was shot by a bow hunter.

The hunter was a dentist from Minnesota who paid $55,000 for a hunting permit before shooting the 13-year-old big cat.

The hunters reportedly lured Cecil out of Hwange National Park, where it is illegal to kill wildlife, at night. Cecil was shot with a bow and arrow. The wounded lion didn’t die until 40 hours later, when the hunters tracked him down and shot him with a rifle. They then skinned and beheaded him. The Zimbabwe Professional Hunters and Guides Association confirmed that Cecil was killed outside the park on private land, and an investigation is ongoing into the legality of the hunt.

Please sign the petition to demand justice for Cecil!

The legend of Cecil started about three and a half years ago, when the then-10-year-old lion was kicked out of his pride, beaten by younger, more powerful males. Hunters argue that as loners, prideless male lions aren’t as important to sustaining lion populations.

But Cecil wasn’t finished. He soon teamed up with another lone male named Jericho, and the lions regained control of the region’s two prides, one of which consists of three lionesses and seven cubs under seven months old.

You have the power to create change. Please sign the petition to demand justice for Cecil! Tell Zimbabwe to stop issuing hunting permits to kill endangered animals!

0 comments on “Please sign the petition to stop illegal hunting”