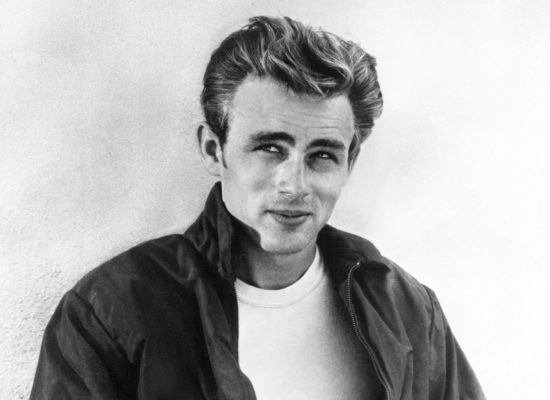 By John Kim. Most men are not aware of their impact. Below are the choices that I believe define a man, and contribute to healthier relationships in all forms, especially with self. This list is based on my experiences as a friend, son, brother, boyfriend, husband, and therapist.

I don’t claim to posses all of these traits. I actually struggle with most of them. You may or may not agree with my stance. Some are light. Some are heavy. They are in no particular order. My intent is to create a dialogue. Nothing else. My hope is that if you are a man, it encourages you to think about who you want to be. If you are a woman, to think about whom you want to be with.

We live in a fatherless nation. Many of our fathers were or are physically or emotionally absent. I’ve seen the effects of this in the men and women who come to me for life-coaching, as well as the kids I’ve treated in residential rehab for substance abuse. The absent father contributes to eating disorders, addictions, dysfunctional or abusive relationships, codependency, low self-esteem, depression, and suicide.

Most men are oblivious to the emotional destruction they leave behind. And women must raise the bar and set a standard for the kind of men they want in their lives.

I want to thank all the men out there who have decided to look at themselves with courage to change, all the men making an honest effort to be good fathers, better husbands, and kinder friends — men who have sacrificed for their family, neighbors, and country.

I want to thank men working in mental health, hospitals, and classrooms, men who wear uniforms, police officers, firefighters, and soldiers. These are the true leaders of our world and I hope to follow in their footsteps. We are not born men. Becoming a man requires reflection, pain, courage, and sometimes a rebirth. It is a process that never ends.

How To Be A Real Man & How To Find One

DON’T argue. Arguments are usually about two hurt people not being heard. Instead of hearing each other and addressing the hurt, we compete to see who can pull out the most shit from the past.

MEN: Break the cycle. She’s arguing with you because she’s not feeling heard. So put your point aside and focus on making her feel heard. Do this by practicing empathy, putting yourself in her shoes.

Once she feels heard, the argument can turn into a discussion. Express your point. If it gets heated again, don’t argue. Go back to addressing her feelings, making her feel heard. Make it a nonnegotiable that you will not argue. It takes two people to have a tug of war. If you refuse to hold the rope, there is no war. You might be thinking, “Well, why should I back down first?” What do you get from being right other than resentment and a stiff back from sleeping on the couch?

WOMEN: Exactly the same thing I said to the men.

DON’T be a bully. Bullies aren’t just angry kids on the playground. They’re grownups. They run companies, wear uniforms, and raise families. They exist at work, home, and church. You may be sleeping with one.

Ultimately, a bully is someone who tries to take away someone else’s power so that they can feel like they have more. For them, this feeling of being powerless creates fear and it’s this fear that drives them to be manipulative, controlling, aggressive, and abusive. Simply put, bullies are cowards. They are afraid to face their own defects and deficiencies, so they make others aware of their own.

MEN: Bullies were bullied. Break the cycle. You’re not bad. You’re hurt. This behavior does not make you powerful. It makes you powerless. Take the power back by taking responsibility for your actions and how they impact others.

WOMEN: Do you want a bully as a husband, father, or friend?

DON’T be creepy. Being creepy comes from a false belief that one is not good enough. That builds up a fear of rejection, which engages the fight or flight mechanism. The fear can manifest as rubbing against women in dark clubs, stalking on Facebook, driving by the coffee shop to make sure she is with who she said she would be with, and, of course, overthinking everything.

MEN: First, know that being creepy repels women more than Ed Hardy shirts. Second, know that you can’t just stop being creepy. In order to stop, you must explore your wiring, your fear, and begin a process of acceptance. Simply put, you must grow.

WOMEN: When you run into someone who’s being creepy, imagine that person as Peter Pan. An adult child. Know that this person is immature, not evil. It’s a behavior men revert to because they lack certain tools. I understand that that doesn’t make you any more attracted to them, but understanding allows empathy. My wish is that you empathize instead of criticize. Use their stunted growth to promote yours.

DO walk with mirrors. Walking with mirrors means shattering the version of you that is false. In order to know which version is false, we must examine our thoughts, behaviors, and the effect we have on others. It also means taking responsibility for them by making a choice to choose differently if necessary. To walk with mirrors means to constantly examine self and to seek growth and truth.

MEN: Think about all the men you admire, from professional athletes to CEOs to musicians to your favorite grandfather. Who do you admire and why? You may be in awe of a man’s ability. The way Donald Trump makes money, Tiger woods sinks balls, and Tony Robbins motivates millions. But the person you admire the most is probably the one who admits his defects and does something about it. The man who is vulnerable, transparent, and nondefensive. The man who is humble and honest.

WOMEN: Any man can build abs. Any man can make money. Find a man who walks with mirrors and you will not only find a man, but you will find a leader, a hero.

DO make your bed.

MEN: Why fix something that’s just going to get messed up in 10 hours? On the surface, making your bed shows that you’re clean, responsible, and willing to contribute to the household chores. But on a deeper level, you’re announcing to your partner, and to yourself, that you are going somewhere. You are now leaving to conquer the world. You have direction, a dream in your head, a fire in your belly.

I know you’re rolling your eyes, but humor me for a moment. Women want a man with direction. Without it, she will begin to doubt her man, and a woman in doubt means a relationship in trouble. The chemistry will change for the worse and she won’t know why. She’ll blame it on surface things like your dirty socks and why you “need” HBO.

Making your bed is about the subtext you’re sending out. You are saying you have direction, and you’re going out to conquer. So make your bed, or the only thing you’ll be doing on it is sleeping.

WOMEN: You don’t want him to make the bed. You want him to want to make the bed. How do you do this? Support him in his endeavors and make him feel invincible. Let him know that what he gets up to do every single morning is important and that you’re proud of him. Be consistent and mean it.

DO be humble. The common thread in all great leaders is humility. When we are humble, we are open. There is space for self-understanding, awareness, and reflection. Only when we have accepted our imperfections can we be truly powerful. Unity is formed, which then builds trust. Trust allows people to feel safe, which creates cohesion, which creates change.

If a leader is self-centered, he are closed. There is no discussion. Only pointed fingers. This does not allow space for understanding or awareness or responsibility. No responsibility means no unity which means no trust, which ultimately means no growth.

WOMEN: Don’t confuse humility with a lack of confidence. A man who listens more than speaks, observes first, and responds instead of reacts, may appear insecure and not sure of himself. But he’s actually being open. This ability requires courage. A humble man is a confident man.

DO kiss like you mean it. Do you remember your first kiss? Of course you do. You know exactly where you were and what you were wearing. You remember wondering if you should use your tongue, and how long you should keep your eyes shut. But what you remember the most isn’t how it went. It’s how you felt. The butterflies in your stomach, the fear in your heart. The feeling you received, the energy you gave back. You don’t remember because you were curious. You remember because you wanted it to mean something.

Do you remember your 2,123rd kiss? Of course you don’t. When we kiss someone new, it’s exciting. It’s our first conduit into experiencing the other person intimately. It’s exciting.

Once we’re in a relationship, however, kissing becomes routine. Rarely do we kiss to discover. We forget the meaning behind kissing. Kissing means to express, connect, validate, assure, give, share, and explore.

MEN: Hold her face, touch her lips, look into her soul. Kiss her as if nothing else matters, as if time doesn’t exist, as if it’s the only way you could express yourself.

WOMEN: Kiss him how you want to be kissed. Show, don’t tell. Grab his head, pull his hair, reach deep into his heart with your mouth. Show him how it’s done.